FASHION, DISCRETIZED HUMAN AND ITS MODALITY #3 – From Mode, to Code

The original text was written in Japanese and published in EKRITS.JP on October 20, 2016.  This post is translated from the 3rd section of the original article.

FROM MODE, TO CODE

Just like the term “design”, the term “fashion” is also heavily used every day without a concrete definition. However, I strongly believe that fashion is one area that enables “designing in-distance.” The word “mode”1)Modality, in Japanese, could be translated as 法性（housei ）or 様相性（yousousei）, means a verbal-linguistic expression of how a speaker feels or thinks about their content of speech. that is often used as something similar to fashion derives from “modality.” This implies that the word “fashion” not only suggests “clothes” or “style” but also suggest a dynamic pattern of modality or phenomena in human society. If I were to translate fashion as  “様装=Yousou”2)A coined word with a combination of 様 and 装; 様 from “様相” which means Modality, and 装 means attire. The origin of word fashion came from the façon in French, which originally came from “factio” of Latin. The meaning of “Factio” means “an act of making or doing”. , this could slightly convey a broader picture even in Japanese.

Looking back to the early 19th century, the combination of clothes created a rigorous rule that was used to semi-mechanically sort out social class and communities that people were based in. Because individual’s clothes, possessions, and daily behaviors were limited to their attributes at that time, it was easy to assume their social background from a mere “surface”, their appearance.

We can assume that human behaviors and outfits could be easily associated with an unspoken rule, similar to a law, by looking into the behaviors of those individuals who were in a privileged class, or those in religious orders, or the clergy. Human outfits were “uniforms” for each community and was a way to visualize “institutions.”

With the times, the rules of apparel turned from institutional rules to the form of “codes”. This code was not like a legal document, but it was more of a courtesy and custom, something that was dynamically generated through tacit atmosphere or interrelation between individuals. 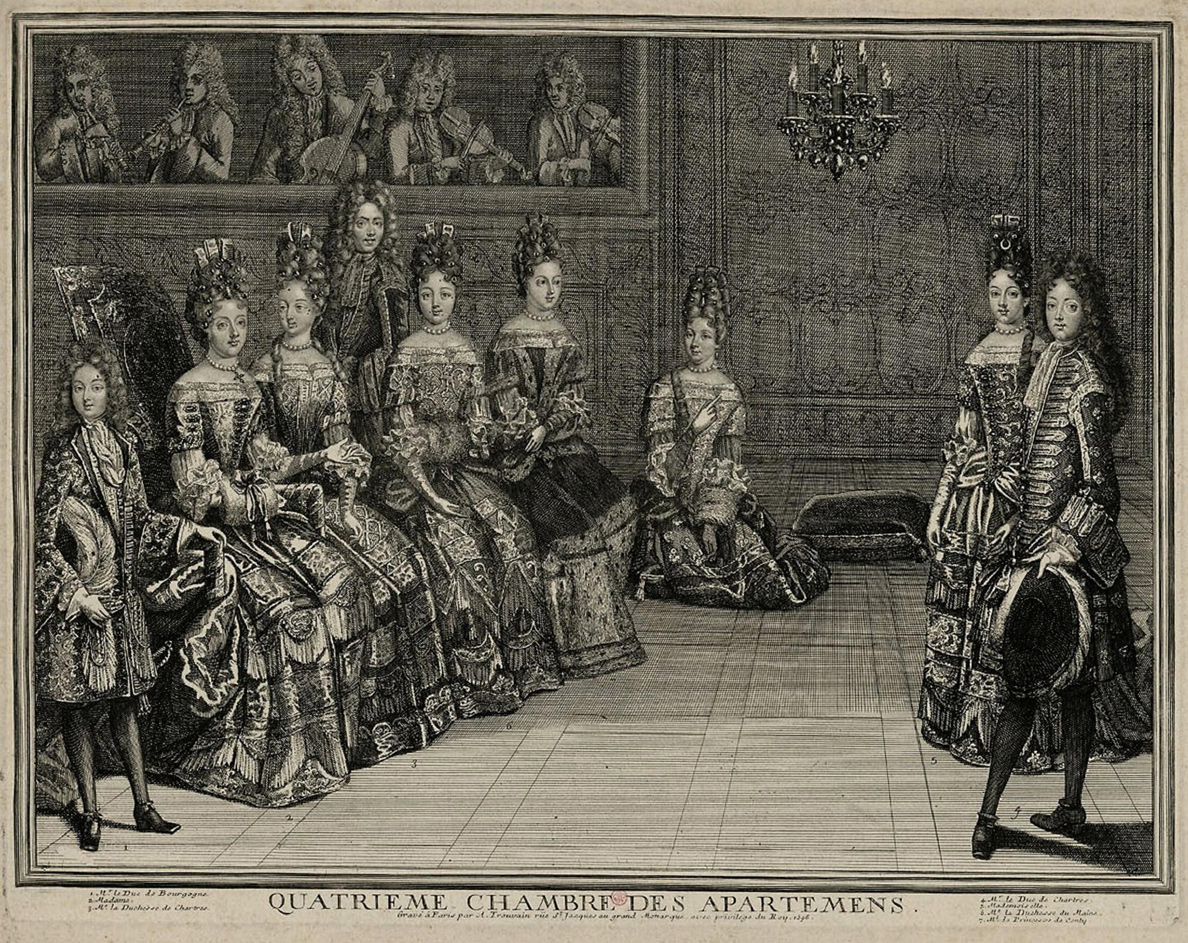 This is an illustration of a scene within the Palace of Versailles. Fashion and outfit in the 17th c suggest the social class of each individual.Antoine Trouvain “Fourth room of Apartment at Versailles” (1696), via Wikimedia Commons

As the static social class starts to collapse, this code also becomes more dynamic. This change let the outfit and behavior of individuals become more diverse and the boundaries of their belonging communities also become obscure. An “individual”, by wearing clothes could possess various faces based on time and locations, becoming “dividual.”(divided, in-contrast to “individual”) And thus, style which was originally a mere combination of objects has changed social dynamics, gradually implementing the  “designing in-distance.”