FASHION, DISCRETIZED HUMAN AND ITS MODALITY #5 – Enabling “The Fashion System” with big data and A.I

The original text was written in Japanese and published in EKRITS.JP on October 20, 2016.  This post is translated from the 5th section of the original article.

ENABLING “THE FASHION SYSTEM” WITH BIG DATA AND A.I.

How can we analyze this design scope of fashion that keeps changing?
Roland Barthes can be an example of those who have analyzed fashion. His approach was based on linguistics, being influenced by Nikolai Trubetzkoi and Ferdinand de Saussure, who argued that fashion had linguistical characteristics. “The Fashion System” published in 1967 is the compilation of his study. However, the content is far from complete when we see it in today’s standards. Back in the days of his time when freedom was guaranteed, and the human behavior was diverse, human dynamics were far beyond the cognitive limitation.
To avoid theoretical fatal failure, he limited his study subject to fashion that appeared only in magazines. While this analysis itself is suggestive, it was just narrated around the scope of “designing nearby.” He mentioned on this point as follows.

“I have limited myself to the written descriptions because of two reasons, methodology, and sociology. First, the reason for methodology: Mode indeed brings into play several systems of expression: The matter, the photography, the languages. And I couldn’t make a further rigorous analysis of a very mixed material subject. I couldn’t analyze in precision, if I switched from images to written descriptions, and from these descriptions to observations that I could have made myself on the streets. Given that the semiological approach consists of cutting an object into elements and distributing these elements in formal general classes, there was an advantage in choosing a material as pure and homogeneous as possible.”

Although his analysis was not sufficient, it may have functioned well 300 years ago. The measurement of the correlation between language and limited human behavior and lifestyle must have been simple.

A common Japanese household of the 50’s. What can we interpret from this photo? Could we drastically change the behavior of the man on the left by tweaking something inside this photo? This is an example of the goal of  “designing in-distance.”  “Japanese family meal in 1950s” (1954), via Wikimedia Commons 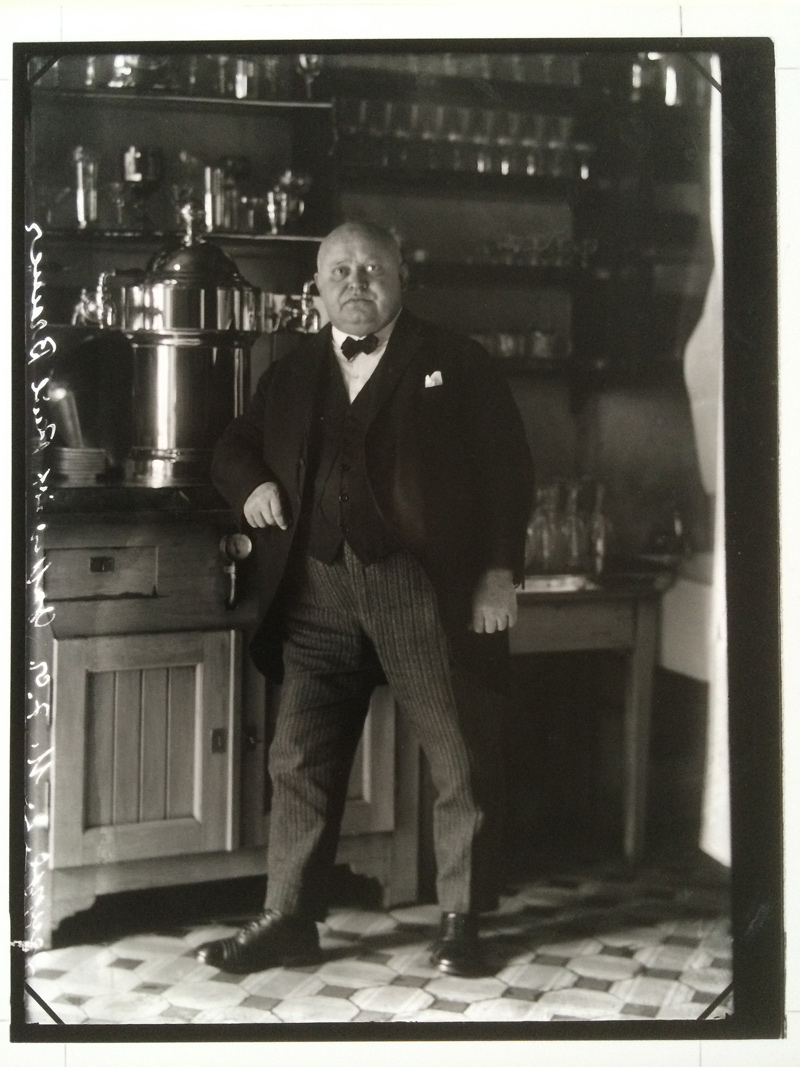 Photo from August Sander “People of the 20th Century”. Sander shot images of people of various jobs in the early 20th c Germany. What is the job of this man in this photo?

Currently, we do not rigorously judge others by limited information such as their state or outfits like in the past. We now become more  “dividualized”  . The low visibility of the world caused by the excessive information that overwhelms the human cognitive limitation accelerated the discrete segmentation and semiotic fragmentation of the world by computers.

Before long, we may end up recognizing the machine filtered world as it was the world itself.  If we start profiling human entities by using machine-learned artificial intelligence to mathematically evaluate individuals by variables such as physical characteristics, demographics, activities on social media, then perhaps the world may become very similar to what it was like 300 years ago.2)For example, to classify human beings by their net asset value, physical features like their height and weight, is equivalent to replacing and sorting the human aggregate “\(N\)” to a real number based on evaluation function.